​​Halifax only club to be affiliated to the British Shotokan Kyogi, JSKA Great Britain and Amateur Martial Association 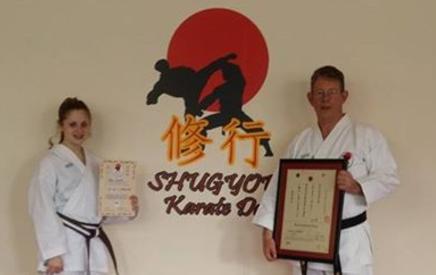 After many years training in Karate and then teaching and spreading the word of how karate could be beneficial to people in all walks of life I felt I wanted more.

In February 2011 I was asked to take the step to open classes in an area of Yorkshire and run them for the then club I was training at. At first this seemed a very exciting time for me in my karate journey and within six months had opened 6 classes throughout Halifax, all the classes were run on an evening in school and church halls by my son and myself under the banner of the club. 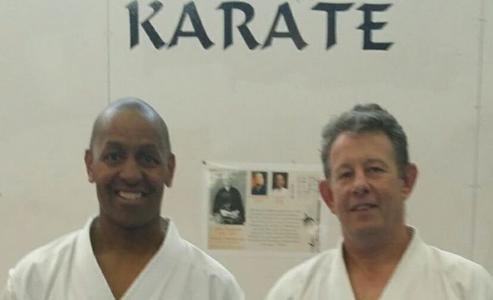 In January 2012 I was introduced with the senior Instructor of the club I was at, to Sensei Charles Gidley 9th Dan who was the technical director of the British Shotokan Kyogi International, a well respected instructor throughout the world, Sensei Gidley trained under the guidance of Enoeda Sensei from 9th kyu up to 3rd Dan, then after with Abe Sensei from Japan Shotokan Karate Association.

After this meeting I was hooked on the idea of training under Sensei Gidley to further my journey in karate.

After many discussions it was decided to pull ties with the club and to follow the Shotokan way of training and on the 31st May 2012 Shugyou Karate Do was born.

We became association members of the BSKI under the umbrella of Shima as we had been training until then in both Shotokan and Goju styles, since 2014 we have concentrated solely on the Shotokan style and in 2016 was accepted into the association as a full Shotokan club, this was fantastic news and confirms that the club, Instructors and students have worked really hard to achieve this accolade.

Before the end of 2012 we had decided that rather then run classes in hired halls we wanted to open our own Dojo and after looking around we found a suitable place where we could set up our permanent home in a mill just off the centre of Halifax, over the next few months students, there parents and our selves worked hard to get the dojo ready to receive students into our new home and on the 1st March 2013 Shugyou had its own full time permanent fully kitted out dojo.

​In 2015 after 2 years of Judging at competition's I passed the BSKI Refereeing exam and in June of 2015 was honoured to be involved in the JSKA European championships in Glasgow as a corner Judge, followed in October was in charge of a tatami at the BSKI/JSKA - Great Britain National Championships, finishing the year off in November helping judge at the United World Karate Nationals Tournament in Sheffield.

After 5 years training in the holdsworth mills in Haifax we sadly will be leaving the premises on August 31st 2018, training in temperary accomodation we finally moved into our new home in Deanclough and casses startedon 10th November 2018, 6 months in we have seen new members join the club, we are now providing fitness classes open to non members 3 times a week and on Friday 17th May True North Yoga start there classes at the dojo each Tuesday and Friday lunchtimes. 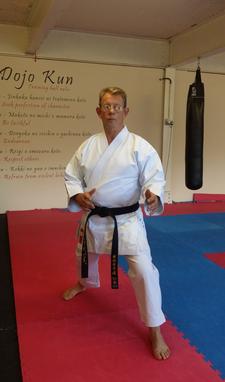 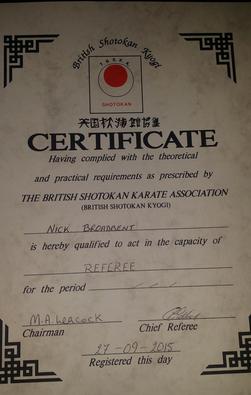 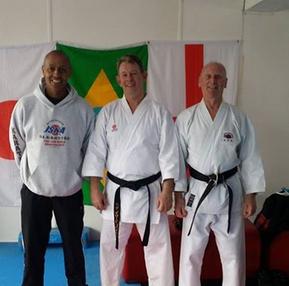